Modern change must move from scientific research, to public awareness, to political and economic solutions and policy. This hinges upon the dissemination of knowledge and public involvement in political dynamics. 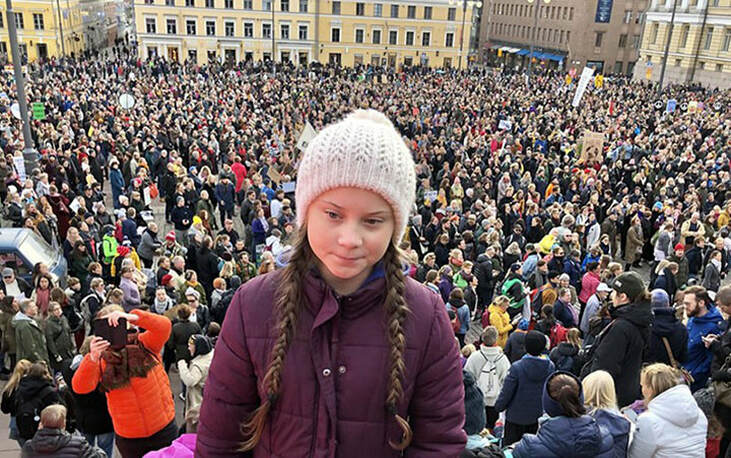 Photo credit: Svante Thunberg (Greta's Father)
Generational genocide is not a term to use lightly; but, that is precisely what is happening with environmental policy today. Failing to transition from fossil fuels to sustainable energy sources is not only poor economics, but a direct attack on the health of this and all future generations. The cost is an existential threat to the lives of people living today and their future progeny. Ignoring that fact without taking time critical action is worse than generational genocide. As technology and the pace of modern civilization speeds up, policy makers must look further ahead.  Presently that is not what they are doing. Their view is fixated on the shiny hood ornament of short term profit. Young people today are savvy and see the folly and danger of the current trend. They are fighting back, en masse and with one loud clear voice. "We will will be watching. When adults act like children, the children must act like adults." (Greta Thunberg)

But generational genocide does not adequately describe the damage civilization is doing to itself. It goes beyond climate change, the 6th mass extinction, and environmental degradation. Our global economic civilization has chosen greed over human wellbeing and sustaining the environment. That environment provides 100% of the goods and services that allow civilization to exist at all. The present course of civilization has disrupted the fundamental Planetary Systems that maintain the dynamic equilibrium and thermodynamic balance of energy and matter on Earth. Civilization's fixation in a consumption economy is literally destroying the future. Instead of generational genocide this crime against our one and only habitat is FUTURECIDE: "The knowing and willful setting into motion the destruction of planetary bio-geochemical systems necessary to sustain future generations of life on Earth." 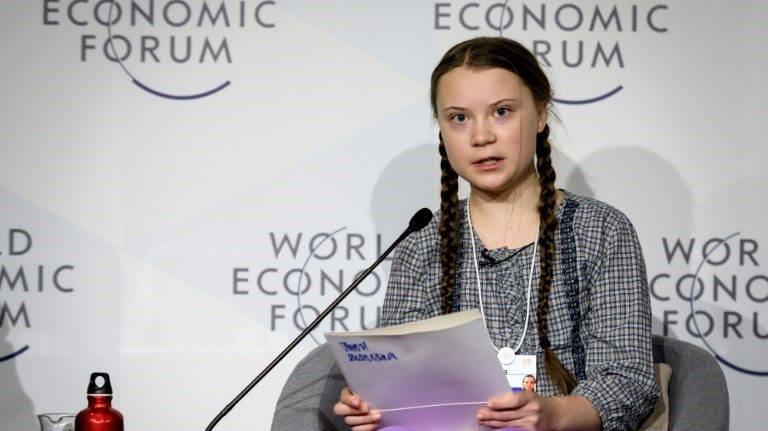 Sixteen year old Greta Thunberg of Sweden is striking from school because "...what is the use of learning facts if we have no future." She has spoken before the United Nations Joint Assembly, Swedish Parliament, the World Economic Forum, and the European Parliament. Millions of school children have joined her and are striking around the world with ever greater momentum. Greta is autistic and has been diagnosed on the spectrum with Aspergers syndrome. She says it gives her a perspective outside the usual social games most people are so fond of." She is brilliant and focused entirely on the scientific facts that warn civilization that there are only six to 10 years before the planet reaches a tipping point. After that there will be nothing we can do to curb mass extinction and the collapse of our global environment. Scientists around the world have supported her. The United Nations has reinforced her message. The European Union has dedicated over a trillion dollars based upon the science she deliberately and succinctly summarizes in her calm but emotional voice. Greta was recently nominated for the Nobel Peace Prize.

Perhaps it has never been more true that "A child shall lead them." From my own personal perspective it seems hypocritical for adults to demand children clean up their room when around the world, adults have created a world filled with the human waste of a greedy and self-indulgent civilization.